The meeting opened with a moment of silence.

Kins Aparece: Apart from today being my birthday we are trying to attend the training in Indonesia. We are also finalizing AVP training for March and April

Ludwig bon Quirog: Last week I returned from FWCC/AWPS in Hong Kong. I attended the first and last part of this.  I’ve got a new job with United Religions Initiative.  Boss came to visit me in Manila..

Nadine Hoover: I may be, as of this morning, moving to the proof-reading stage of the power of goodness book and exhibition.  It’s all coming together: the framed artwork, the shipping crates, the publicity packet, the exhibition catalog/storybook. We are almost ready to present the 100 piece museum exhibition.  Right now we’re seeking a place for the grand opening.  Once a grand opening venue is selected, other museums will be invited to host the exhibition.  If this works we may have a small but steady source of income, from the book and the show. If anyone knows of a significant museum near you or that you are involved with let Nadine know.

Gay Howard: California is in major drought January no rain.  Perhaps a bit of water at the end of the week. alot of changes are made as a result.

Margie Hunter: Is working on self improvement outside and in.

Valerie Joy: Laying down of FPT Australia is moving forward and working on getting paperwork together, making plans with the Phillipines.

Subhash Kattel- My apologies that I will be unable to attend this call. Thank you for caring Nepal issue and needs. Hope to join another time. In friendship

Fenna Mandolang:I am working every day to be in the present moment.

John Michaelis:Woke jet lagged after getting home late.  Getting a good team for the nepal trip although never know till tickets are purchased.  Good to be back.

Mike Murphy:Pleased to be on his first call with the group.  Got an invite end of last week about the training series in Nepal.  I’m in! I live in New York in Rockland north west of New York City

Jim Palmer- I can’t get to the call this month as I am with a group in West Papua. I’ll tell you all more later.

Petrus: am healthy. I am in Jogja. I am very busy with the closing of my five year project.

Nick Rozard: Today was a really good day.  I worked at the high school in the library and drove the bus for the school.  Was with kids all day. It was good.

Deb Wood: I’m still trying to believe I’m spending the month of March in Nepal and preparing for the trip, Mike and I might travel together.

Questions and Feedback on News and Updates:

With the hiring of the new FPT Communications Specialist, I am working to reduce my time to routine tasks in an effort to reduce my hours for Asia West Pacific to be closer to the discussed hours for an Initiative Reporter. Tasks are becoming more routine but there is still some work to do that doesn’t fit into the routine.

For this month I completed a large mailing to ~500 affiliated monthly meetings. The rest of the month I caught up on routine tasks of email correspondence, sharing news via electronic media, sorting out photos and gathering info about the upcoming 2015 trips. 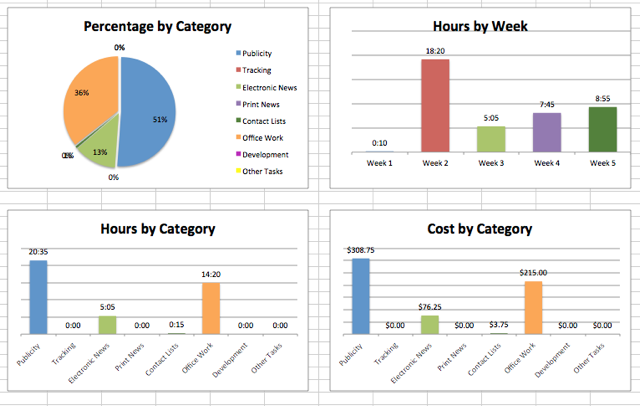 Were these people contacted?

Rosemary Epps — John Michaelis- not contacted to be followed up

Donations from Friends Peace Teams – Australia, Inc. to be determined and assigned with mindfulness that the donation is allocated properly.

The clerk hears approval for this minute.

The clerk hears approval for this minute.

John Michaelis requests approval to schedule interpretation at all eleven workshops in Nepal March 6 – April 29, 2015 and approval to spend up to US$3,500 for trip, which is US$1,500 over the approved FTP-AWP annual budget. AVP-Western Australia has already committed AU$1,000 (~US$800) towards this trip and John has secured 3-4 traveling companions who will most likely contribute or work to raise funds for our work together.

The clerk hears approval for the funds with stipulation that they might be less.

I am requesting that Nadine Hoover use the once-per-year financial support from Friends Peace Teams that would be used for me. I have adequate funding from other sources, while Nadine does not. She will be an integral part of the plan to provide AVP Trauma related workshops for AVP groups in the West Bank, Gaza and Israel.

Recipient Group – Palestinian participants in Gaza City, under the coordination of the American Friends Service Committee

Other activities: Organizational Meetings with AVP groups in Ramallah, Hebron, Gaza and Jerusalem. Purpose is to guide the AVP groups in how to organize their individual groups and/or develop an association of AVP groups.

The clerk hears approval for this announcement

Nick Rozard- Happy Birthday to you!

Deb, Mike, Nadine, and John will be travelling during next months meeting

People not on the call with whom to follow up: Dwight Burton, Moira Darling, Tom Martin, Jasmine Payget